In this day, there seems to be a lot of confusion about whether or not Christians and Muslims worship the same God. There are core differences between Islam and Christianity which make the answer no, we do not. Let’s look first at a few basic Christian beliefs and determine why.

1) Christians believe in the Trinity, a Triune God. Father, Son and Holy Spirit.

“For in Christ all the fullness of the Deity dwells in bodily form” (Colossians 2:9, emphasis mine)

“For to us a child is born, to us a son is given, and the government will be on his shoulders. And he will be called Wonderful Counselor, Mighty God, Everlasting Father, Prince of Peace.” (Isaiah 9:6)

“And the Word became flesh and dwelt among us, and we beheld His glory, the glory as of the only begotten of the Father, full of grace and truth.” (John 1:14, emphasis mine)

2) Christians believe that the Uncreated God, Yahweh, revealed Himself in flesh in the person of Jesus Christ.

Jesus also rightfully claimed to be God. “‘Very truly I tell you,” Jesus answered, “before Abraham was born, I am!’” (John 8:58)

“But to the Son He says: “Your throne, O God, is forever and ever; A scepter of righteousness is the scepter of Your kingdom.” (Hebrews 1:8)

3) Christians also believe that Jesus is the Son of God.

As was spoken about Him repeatedly in the gospels. “The angel replied, “The Holy Spirit will come upon you, and the power of the Most High will overshadow you. Therefore the child to be born will be holy; he will be called the Son of God.” (Luke 1:35, emphasis mine)

“Jesus heard that they had cast him out; and when He had found him, He said to him, ‘Do you believe in the Son of God?’ He answered and said, ‘Who is He, Lord, that I may believe in Him?’ And Jesus said to him, ‘You have both seen Him and it is He who is talking with you.’ Then he said, ‘Lord, I believe!’ And he worshiped Him.” (John 9:35-38, emphasis mine)

4) The Bible claims that God is Love itself.

And now let’s examine what Muslims believe about Allah: 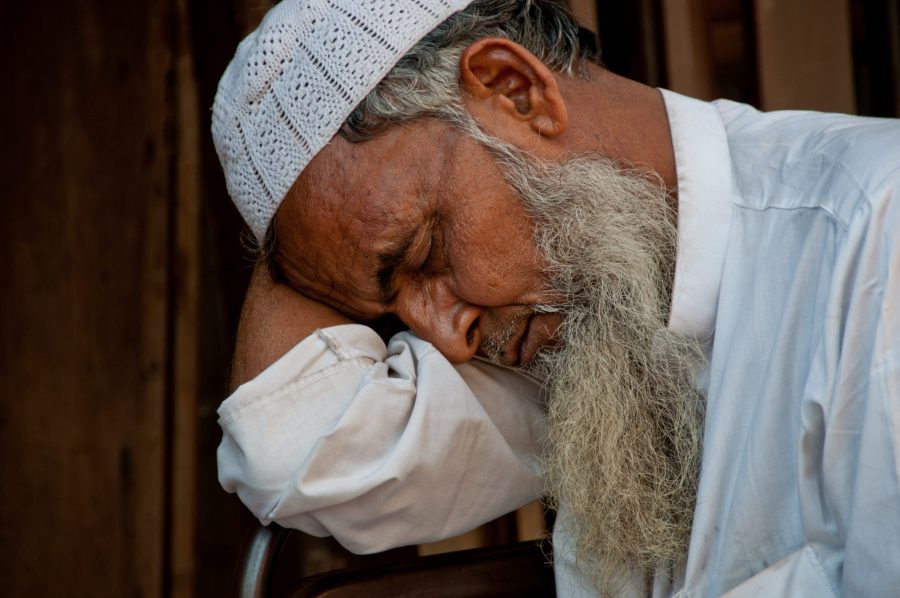 1) Muslims do not believe that Allah is three in one.

This Quranic verse puts into no uncertain terms the stance on the Trinity: “They do blaspheme who say: Allah is one of three in a Trinity: for there is no god except One Allah. If they desist not from their word (of blasphemy), verily a grievous penalty will befall the blasphemers among them.” (Qur’an 5:73, emphasis mine)

2) Muslims disavow the deity of Jesus, instead claiming that He is a prophet.

“O People of the Book! Commit no excesses in your religion: Nor say of Allah aught but the truth. Christ Jesus the son of Mary was (no more than) a messenger of Allah, and His Word, which He bestowed on Mary, and a spirit proceeding from Him: so believe in Allah and His messengers. Say not “Trinity”: desist: it will be better for you: for Allah is one Allah: Glory be to Him: (far exalted is He) above having a son. To Him belong all things in the heavens and on earth.” (Qur’an 4:171, emphasis mine)

3) Muslims profess that none are born of Allah and neither was Jesus born, in direct contradiction to the claim that Jesus is the only son of God.

“For God so loved the world that He gave His only begotten Son, that whoever believes in Him should not perish but have everlasting life.” John 3:16, emphasis mine).

Now let’s compare to what the Qur’an has to say: Some of the Jews have said that Ezra is the son of God and Christians have said the same of Jesus. This is only what they say and it is similar to what the unbelievers who lived before them had said. May God destroy them wherever they exist!” (Qur’an 9:30, emphasis mine)

4) Allah loves, but not unconditionally and neither is he Love personified.

“Say (O Prophet): “If you really love Allah, then follow me, and Allah shall love you and forgive you your sins. Allah is Most-Forgiving, Very-Merciful.” Say: “Obey Allah and the Messenger.” Then, should they turn back, Allah does not love the disbelievers.” (Qur’an 3:31-32, emphasis mine)

We can see Allah is not interested in showing love to sinners or unbelievers. “Then set your face to the straight Faith before the arrival of a day that will never be repulsed by Allah. On that Day the people will be split apart. Whoever disbelieves, his unbelief will be against him; and whoever acts righteously, then such people are paving the path for themselves, so that Allah may give reward, out of His grace, to those who believed and did righteous deeds. Surely He does not love the unbelievers.” (Qur’an 30:43-45)

So, in summary, Christians worship Jesus as God, and Muslims do not. It is impossible to refute the divinity of Christ and continue to make the assertion that we serve the same God. In addition, the character and nature of Allah is, in fact, contradictory to the character of the Father and Jesus (who is the representation of the Father).

God is Love and sent His son Jesus to die for our sins that we could have the assurance of our salvation. All who confess with their mouth that Jesus is Lord and believe in their heart that God raised Him from the dead (Romans 10:9) can experience salvation and also communion with an intimate God. Jesus, who always speaks the truth, put it perfectly when He said: “No one who denies the Son has the Father; whoever acknowledges the Son has the Father also.” (1 John 2:23).