On May 3rd, 2018, hundreds gathered on the 22nd floor of the Florida State Capitol to join together from different influential aspects of society to honor God, humble themselves, and pray for God to intervene in America.

A list of prayers to strengthen your inner man

A prayer guide for personal times of prayer

Do you face discouragement running out of things to pray for? I have definitely experienced this. A prayer list is great, but what exactly do we pray over those that we have on the list?

The best prayers are ones that are from the Word. This is a list of scriptures that will help give you dialogue material to speak with God.

This list is compiled by Mike Bickle. Watch his teaching on this topic.

Saved from God, by God, for God

“He who did not spare His own Son but gave Him up for us all, how will He not also with Him graciously give us all things?” Romans 8:32

The question of who killed Jesus is one that echoes throughout history with many answers in possibility. The Romans nailed Him, the Jewish leaders indicted Him, all of humanity’s sin required Him, but truly, it was ultimately all according to the Father’s plan.

That’s difficult to hear and understand because God is love (1 John 4:8). But indeed, it was love that caused Jesus to endure the Cross, and it was love that led the Father to pour out His wrath upon Jesus to atone for the sins of the world. “This Jesus [was] delivered up according to the definite plan and foreknowledge of God” (Acts 2:23).

What’s your theological vision for worship?

Teaching your congregation through worship

This post was originally posted here. Re-posted with permission from the author.

A man named Andrew Fletcher said it well: “Let me write the songs of a nation and I care not who makes its laws.”

As a worship leader, you’re having just as much, if not more, influence on your congregation as your pastor preaching his sermon. Stop and think about that for a second. (And go read James 3:1 and my post Worship Leaders are Teachers).

What are you teaching your congregation?

This is an important question and getting clarity on this will help shape and empower you as a worship leader.

King David didn’t just write songs to have a hobby. It was one of the main ways he impacted his nation. He would write songs for people to sing and thus he was training, challenging, and encouraging them through song.

Each and every week, you’re given a captive audience of people who, whether you’re aware of it or not, you’re training, challenging, and encouraging. Being intentional about clarifying your theological worship vision will help you partner with the Lord, your team, and your church in an even more dynamic way.

Longing to Make an Impact

Part 2 of Longings of the Heart

I recently started riding a bike. To clarify, it is my bike, but I recently got it and started riding it. The desire to have it and do this started as I stared out our hotel room window during Hurricane Irma. I felt cooped up, stifled, and wanted to do something freeing – to feel free. So I found a couple of really good bikes for my wife and I in an online marketplace at a great price, and now I find myself riding around our small town early a few mornings each week.

This morning I started to notice something I hadn’t really paid attention to on my previous rides… signs. Signs in parks and along bike paths, near picnic tables and fishing spots. All of them were negative… No Swimming, No Climbing, No Jumping, No Pets, Warning: Stay Off.

Now, I get the need for boundaries and safety. Rules are important, without them people do sometimes stupid stuff and get hurt. But I started to think about all the children that pass those signs and read them. They are all in places that are supposed to be fun and freeing, but they are all telling those same children they can only have fun or be free with limitations. Doesn’t that defeat the purpose?

In Genesis 3:11, God asks Adam and Eve a very specific question… “Who told you that you were naked?” They had just disobeyed Him by eating from the tree in the middle of the garden – the one He said not to eat from. I don’t imagine He posted a sign next to the tree… He simply told them. “You can eat from every other tree, just not that one.” (emphasis mine) Now He comes to walk with them like He did every evening, and they are hiding. From God. In a bush.

God had created them and clothed them in glory, given them the command to be fruitful and the awesome charge that they were to have dominion – to be in charge. Adam had named every animal and became the caretaker of this glorious place God had created for them to live. And then in the desire to satisfy their own curiosity or fill the lust of their flesh, they ate the fruit of the one tree they were told not to… and they lost it all. That one act has had a lasting impact on every living thing – man or beast, plant or seed.

Event recap of Awaken the Dawn

It’s early Saturday morning in Washington, D.C. The sun is just beginning to rise over the U.S. Capitol, and the mile of National Mall between the Capitol and Washington Monument has been buzzing with 57 tents of worship that started at 10pm the night before. 50 humble-sized tents are filled with representatives from every state. Even at these early hours of the morning, there are small crowds around tents, people dancing and clapping to the Lord.

From October 6–9th, an estimated 30,000 people from all over the nation converged on the National Mall to give the Lord an offering of love and worship for 56 hours non-stop. Gathered not around a speaker, or personality, but around the presence of the Lord, these worshippers gave it their all. 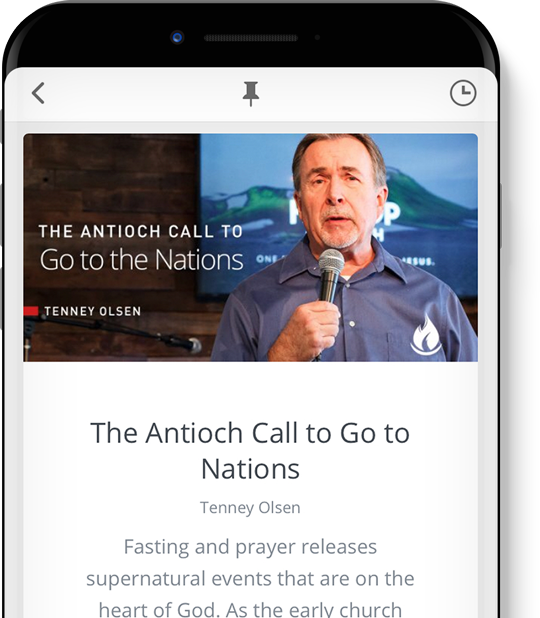